Michael is the President/CEO and managing partner in CourseCo. Michael started his employment at CourseCo in 2005 as VP of Operations with direct oversite of the golf courses before being promoted to COO in 2012 and then taking on his current role in 2017. As the top executive in the company Michael’s focus is on building the overall company culture while maintaining strong relationships with all of CourseCo’s clients.

After spending the early part of his childhood in Southern California his family moved to Northern California where he took his first job in golf working at a driving range while staring on his high school golf team. After playing Division I golf at Sacramento State and receiving his bachelor’s degree in Criminal Justice it was a clear path for Michael to start his career in the golf industry. It was right out of college that Michael took a General Manager position with Club Corp which was the first of three top 25 Management Companies he would work for in the coming years. After becoming a Class A Member of the PGA , Michael continued his advancement in the golf business as General Manager at StoneTree Golf Club and then VP of Operations at Billy Casper Golf. It was through his passion and commitment to hospitality and people development that eventually led to Michael joining the CourseCo team and his rapid ascension to the top leadership position.

Now with 30+ year of experience in the industry Michael is widely respected and recognized throughout the United States for his operating knowledge and innovation. Having played the key role in CourseCo’s growth from a small regional management company with 11 courses under management to a national company with 40 courses and ranked as the 19th largest management company in the world is one of the reasons he received the Award for Most Innovative People in Golf in 2020 from Golf, Inc. Under his leadership CourseCo has received numerous environmental awards including becoming the first company to ever receive the President’s Award from the GCSAA in 2018 and then receiving it again the following year in 2019. While he is often asked to speak on panels and present at National Conferences his passion is still working directly with the management teams of the courses in promoting CourseCo’s Four Core Values – Financial Performance, Community Programming, Environmental Sustainability and Stakeholder Communication.

Michael resides in the Sacramento area of California with his wife, Heather, and their three children – Maddison, Paige and Andrew. As a PGA Professional Michael still plays in numerous golf tournaments and events each year but still finds time between working and playing golf to travel with his family, snowboard and passionately follow the Lakers and Dodgers. 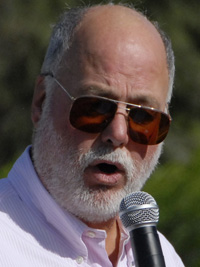 Tom was first introduced to the golf business as general manager of Bodega Harbour in its formative years, 1977-1980, where he completed grow-in and opened the Robert Trent Jones II golf course. He had overall operating responsibility for all property functions including golf operations and maintenance, food services, strategic planning, architectural design review and governmental relations.

He formed EBITgolf, Inc., CourseCo's predecessor, in 1989 and commenced the master-planned renovation of Riverside Golf Course for the City of Fresno, which he has leased since then. As founder of CourseCo, Tom heads an organization with approximately 1,200+ employees at 33 golf facilities generating some $80 million in gross revenues. He has been quoted in Golf Digest, Golf Business, Golf Course News, and USGA Golf Journal on golf related topics.

A graduate of Stanford University, he has done post-graduate study in both environmental planning and finance at Sonoma State University where he was later assistant to the president. Tom has an extensive background in public service. He was formerly Director of Research for Operating Engineers Local Union #3, the largest building and construction local in the world; director of the California State Assembly Office of Majority Services; and chief administrative officer of the State Assembly.

Read "A Stroke of Genius" from the March 2003 issue of NorthBay biz magazine. 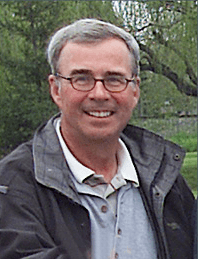 John entered the golf business with the acquisition of Deep Cliff Golf Course in Cupertino, California in 1991. The course suffered from serious deferred maintenance problems and a comprehensive $800,000 remodeling of the clubhouse was accomplished in his first two years of operations. Under the direct management of CourseCo, Inc, the course now operates successfully, and provides a good example of a successful turn-around situation. In 1993 John purchased Mallard Lake Golf Course in Yuba City, California. Under CourseCo's management, operations were reorganized and a substantial upgrading of the facility, including construction of a new driving range, was completed in 1993. A rebuilt mini-golf course designed by CourseCo and constructed as a community project with Teen Challenge and Yuba City High School, was completed in 1994. Following a successful operational and financial turnaround, Mr. Telischak sold the Mallard Lake Golf Center in May 1997. He has made a significant commitment to investing in the golf industry and is looking forward to continuing that commitment.

John has been active in real estate investment, development, finance, and management since 1968. After working for IBM in both finance and real estate at their headquarters in New York, he joined Kidder Peabody Realty Corporation on Wall Street and was active in financing a wide variety of real estate transactions nationally. He is currently president of Telischak & Company, his principle investment and development entity. Formed in 1975, Telischak & Company directly, or through its affiliates, has developed, purchased, sold, and/or financed over 50 properties totaling in excess of $500 million. He became a partner in CourseCo in January 1996.

Raised in the San Francisco Bay Area, John earned a BA in economics from Trinity College in Hartford, Connecticut and an MBA from the Stanford Business School.

Tom is a veteran of the golf business.  Tom spent the bulk of his young career at Adobe Creek Golf Club where in a span of 12-years he progressed from Assistant Golf Professional, to First Assistant Professional, Head Professional, and finally General Manager.  While GM, Tom’s leadership produced facility records for gross revenue, rounds, and profit for three consecutive years.  Tom focused heavily on customer retention, designing and implementing Adobe Creek’s Frequent Player Program.  He managed the redesign and renovation of Adobe Creek’s Practice Facility, and developed targeted on-line marketing strategies that helped set the revenue records.  His focus on affiliate club membership led to the Adobe Creek Men’s and Women’s Club growing from 200 to 500 members within a two-year period.

Tom had a significant role in the due diligence for the purchase of Peacock Gap Golf and Country Club and was ultimately named the General Manager for both Adobe Creek and Peacock Gap.

In a break from the golf business, Tom spent three years working for a recruiting firm in the high tech industry giving him a strong grounding in the culture and practices of sophisticated corporate environments.  He returned to his passion, the golf business, joining CourseCo at the corporate office in 2009.